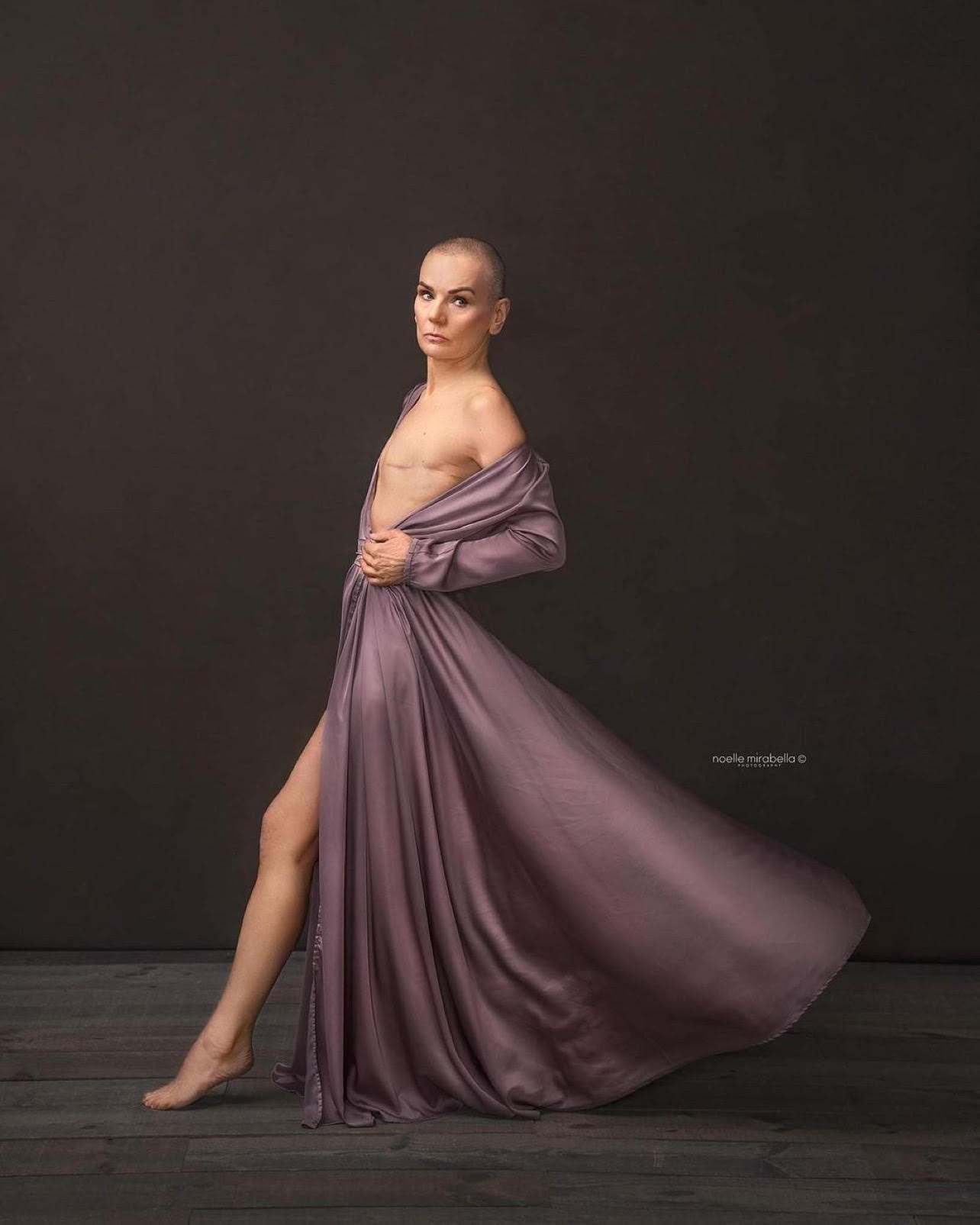 My name is Tina Martel. I am an artist, an author and a full-time Fine Arts professor. I was thoroughly enjoying my life and my career when the bottom dropped out of my world. In 2011, I had my first breast cancer diagnosis. It was my right breast, stage 2B and required a lumpectomy with total removal of the lymph nodes in that arm, followed by extensive chemo and radiation. It took a year out of my life. I even wrote and illustrated a book about it called Not in the Pink, challenging the prevalent pink culture. I thought, well, that was awful, but I am done. Except I wasn’t.
In 2015, I had a second diagnosis in my left breast. It was an early stage but I decided to investigate a double mastectomy with reconstruction. In the end, I elected for another lumpectomy and more radiation.
In the ensuing several years I had countless mammograms, ultrasounds, biopsies and scans. After one too many scares I said “enough” I want them removed. My oncologist was completely on board. He could not figure out why the multiple diagnosis and he also saw what it was doing to my mental health. This time I seriously dived into my options. I wanted to know what real women were saying about their experiences, not just the medical opinions. I found several FaceBook groups where women were having frank discussions about the darker side of reconstruction. After seeing images and hearing stories I made the decision to move forward without. I apologized to my breasts and explained to them “you tried to kill me and you have to go”. I simply wanted to heal and be healthy. In December of 2019 I had a double mastectomy with an aesthetic flat closure.
My surgeon did tell me repeatedly I would change my mind as I would not be happy. Frankly, I wasn’t happy with any of this but I don’t remember being asked if I wished to have cancer. Interestingly, at my last follow up appointment he told me I had made a good choice as there were many problems associated with implants.
Unfortunately, I was one of those women whose hair did not return after chemo. It was patchy, thin and had little resemblance to what it was before. I buzzed it, thinking at least I could be edgy and make it seem like it was a choice. Now I had two strikes against me: no hair and no breasts. Not exactly a recipe for feeling feminine in a society that worships long hair and large breasts.
I did what anyone would do – I started an Instagram account. I love dresses, makeup, jewelry and SHOES. I really didn’t understand why I should change any of that. I kept being who I was and dressing like I did before. Do I feel less feminine? No. I feel different but not less. I also had the idea that if I could help even one woman feel better about her body I would have accomplished something. My account focuses on flat fashion, survivorship and living flat in general. I have made it my mission to be visible. We need to be seen. We need information regarding the choices available. You can choose whichever is right one for you but be sure you do it from a point of knowledge. You need all the facts.
One on eight…